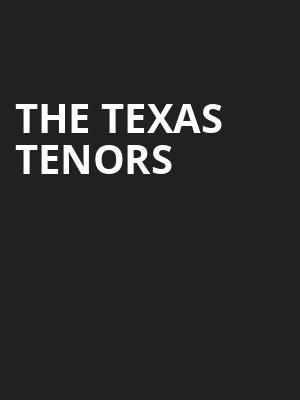 Voted #10 Classical Artist in the World

Why See The Texas Tenors?

If someone mentions the word opera, you probably think Italy, maybe Germany but...Texas? Well, The Texas Tenors are changing that perception all right!

First coming to the public's attention on America's Got Talent in 2009, this hunky trio became the highest ranking vocal group on the show's history to that point and were awarded their own PBS Special in 2013 where they performed their second album 'You Should Dream'. Combining the different disciplines across opera, country music, and pop, the songs you can expect to hear at a Texas Tenors concert can range vastly from 'Unchained Melody' to 'Nessun Dorma' to 'My Way'.

The trio, JC Fisher, Marcus Collins and John Hagen, all come from remarkably different backgrounds, with some studying as far as Italy, the high seas and in New York, leading to a remarkable range of repertoire, from classical opera, Broadway musicals and old-school pop music. Individually these are three very talented guys - but once put together on AGT, they have become truly unstoppable.

Sound good to you? Share this page on social media and let your friends know about The Texas Tenors at Steven Tanger Center for the Arts.